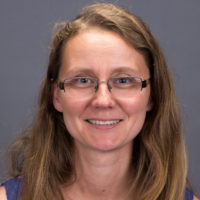 Posted at 01:37h in by Joanna Haralson

Philosophy of Education: Mrs. Haralson wants her students to see God as the creator and designer of all things and to grow in their abilities to serve others through technology. By matching a Christian worldview with skills in technology she hopes that her students will go on to have a positive impact for the kingdom of Christ in their future vocations.