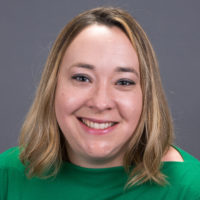 Posted at 02:58h in by Joanna Haralson

Professional Background: Mrs. Killebrew began formal vocal training at age 12 and was instructed in the Bel Canto style. She has performed in numerous recitals, operas, musicals, and choral concerts, both as a soloist and ensemble artist. She began teaching private voice in 1999 and began teaching middle and high school choir in 2006. Many of her students have gone on to advanced music degrees and have placed in competitions, both as soloists and as choral singers. Mrs. Killebrew took a five year break to raise her two children up to school age and has continued to teach private voice.

Philosophy of Education: Mrs. Killebrew’s goal is for her students to obtain a deeper understanding and appreciation of music and how it shapes the world around us, as well as a healthy and natural vocal technique. We were given music so that we might use it in praise and expression! She is thrilled to be the Music Director at St. Stephen’s Academy.