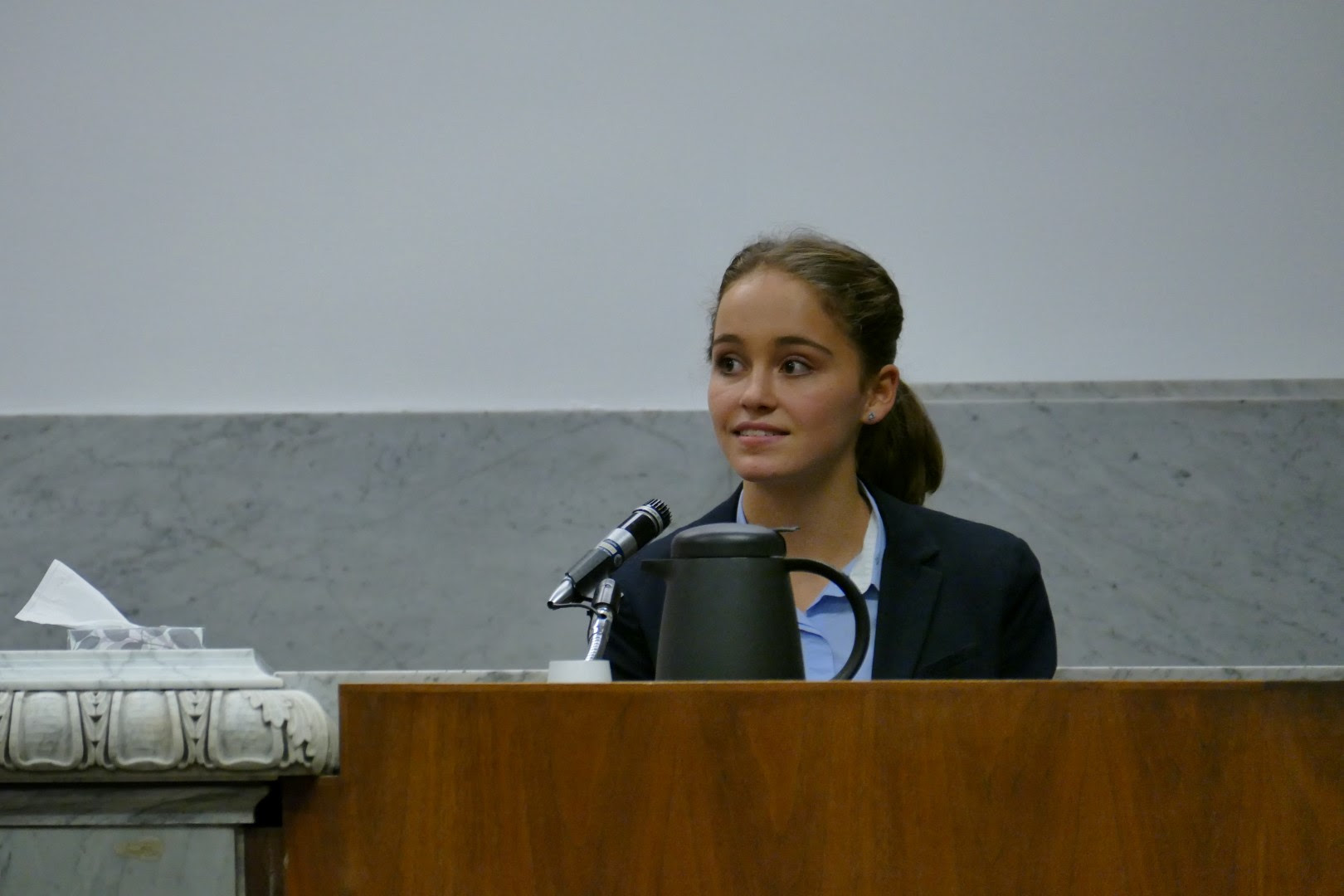 Posted at 10:24h in Recent by Camrynne Six
Share
by Colin F., 9th grade
Last month our St. Stephen’s Mock Trial Team competed at the Clackamas County Regional Competition, and I am very pleased to tell you that it went quite well. We competed in three rounds, and won two out of the three of them.
There were ups and downs throughout the day, but one of the highlights of the day was our third round. In that round, we made the case for the Plaintiff, and it went well because we brought the courtroom ethos required. Our witnesses, Daniel M., Amanda B. and Jonathan S. all did a great job: they were responsive, likable, supported our case theory with their answers, and were true to their characters. Daniel M., playing the Plaintiff Finley Macpherson, even went on to win the MVP for the round.
One of the funniest moments of the day happened when the other team’s witness had to admit (because it was in her affidavit) that she “felt like a deer in the headlights” when asked for her expert opinion. But what the opposing witness actually said was that she “felt like a happy deer in the headlights” when consulted. Although laughter isn’t permitted in the courtroom, everyone did laugh. Overall, the round and the day as a whole were a success. Unfortunately we did not qualify for the State Competition. We received four out of nine possible ballots for the day, and scored very high points to rank fifth overall. Next year, with a lot of hard work and even better courtroom ethos, we will be set to compete evenly with the two powerhouse teams of Clackamas County (and all of Oregon, actually): Sandy High School and West Linn’s Varsity Team!