In 2014 St. Stephen’s Academy founded a house system in order to enrich our school culture and provide a structure around which to orient student life in the Upper School. House systems were originally developed in 19th century English boarding schools where students actually ate, drank, and slept in individual houses during school terms. The benefit of such societies was readily recognized. Even present day American college campuses continue to pursue similar ends through various campus dormitories, fraternities, and sororities.

St. Stephen’s house system is intended to offer students and teachers the opportunity to work with one another through various competitions that promote a healthy sense of comradery and identity. The system enables students to establish connections with other students outside their immediate grade level, encouraging them to establish relationships with other students whom they are not otherwise likely to interact with. It also helps students to grow in their individual responsibility, and develop a greater recognition of their responsibility towards one another.

One of the primary means of engendering school culture within the house system is the establishment of competitions – athletic, artistic, and academic – in which students participate by house. There are a number of major events each year which comprise the list of official events culminating in the awarding of the House Cup.

There are 4 houses at St. Stephen’s Academy: Castile, Capet, Essex, and Milan. The name and heritage of each house is drawn from prominent houses of Medieval Europe. Each house has an ancient and noble lineage that profoundly changed the landscape of their prospective nations – particularly in providing leadership, developing culture, and promoting virtue to their people. 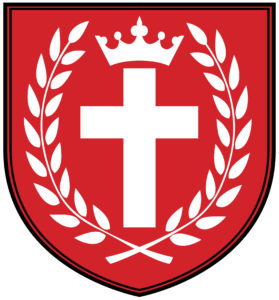 The house of Milan takes its name from the glorious and ancient capital of Lombardy in Italy. Its past stretches back to the 5th century B.C. when it served as an ally to the illustrious and ancient city of Rome. When the Roman Empire began to disintegrate, Milan became the effective capital of the Western Emperor. It quickly emerged as one of the most important cities in early Christendom when in 313 A.D.; Constantine passed the edict of Tolerance and appointed St Ambrose as its first bishop. It is from his pen that our house motto is derived: Probat Deus quod coronet, translated: “God tests that He may crown”. This signifies the chief values of the house of Milan: faith and endurance. Members possess faith in the goodness and sovereignty of God which also strengthens them to face whatever trials might come their way. 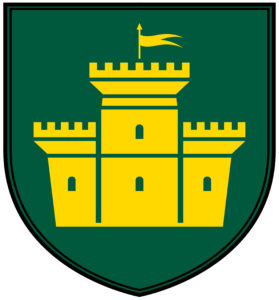 The house of Castile’s name means “the land of castles”, in reference to the castles that were established in the land to protect its Christian inhabitants against Muslim invaders. The house of Castile eventually became the foundation of the Spanish monarchy when it joined with the house of Aragon. The house motto is derived from this event. Tanto monta, monta tanto which means: “As much as the one is worth, so too is the other.” This signifies the chief values of the house: respect and unity. Each member of the house is respected in their own right, regardless of their differences. Each is recognized as valuable, significant, and vital to the success of the whole. This creates a unity that binds them together and fashions a formidable defense against any foe.

The house of Essex’s motto, “Thought the harder, heart the keener”, is adapted from the Anglo-Saxon poem The Battle of Maldon. The poem records the courageous account of Beortnoth, the Earl of Essex, who led the British army in defense of its land against an army of Viking raiders twice its size. Vastly outnumbered, Beortnoth and his brave men are slain until only a small, unflinching band of warriors remain. When they recognize that the battle is lost they commit their final breaths to see their commitment to their Lord through to the end. “I will not hence, but I purpose to lie by the side of my lord, by the man so dearly loved.’ “Thought must be the harder, heart the keener, mind must be the greater, as our strength lessens.” The poem is a powerful account of unwavering faithfulness and dedication. The house of Essex embraces these courageous words with their chief values: truth and faithfulness. They recognize that in the course of our lives, things will not always be easy or go according to plan. Therefore, we will not allow circumstances to dictate our character. Instead, we will allow circumstances to prove our character, whether the situations be good or grievous. 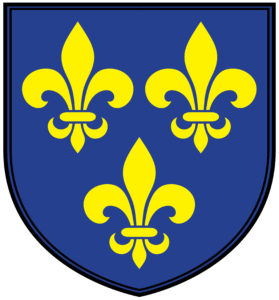 The house of Capet derives its name from the noblest and longest reigning French dynasty. Founded by Hugh Capet in the 10th century, the Capetian house forged the way for France’s political, cultural, and intellectual dominance in Medieval Europe. The house was led by warrior kings and queens, monarchs who were willing to lead their armies into battle and sacrifice their lives for the sake of the people they served. Such courageous leadership is exemplified in the house of Capet. Our motto is A cœur vaillant rien impossible – “To a valiant heart nothing is impossible.” This is reflective of thier chief values- hope and valor. They seek to be servant-leaders who lead, care, and sacrifice for others, regardless of the cost. Such courage inspires them to go beyond mediocre expectations, pressing on to achieve all that God would have them be and do.