Posted at 20:16h in Recent, Uncategorized by Camrynne Six
Share 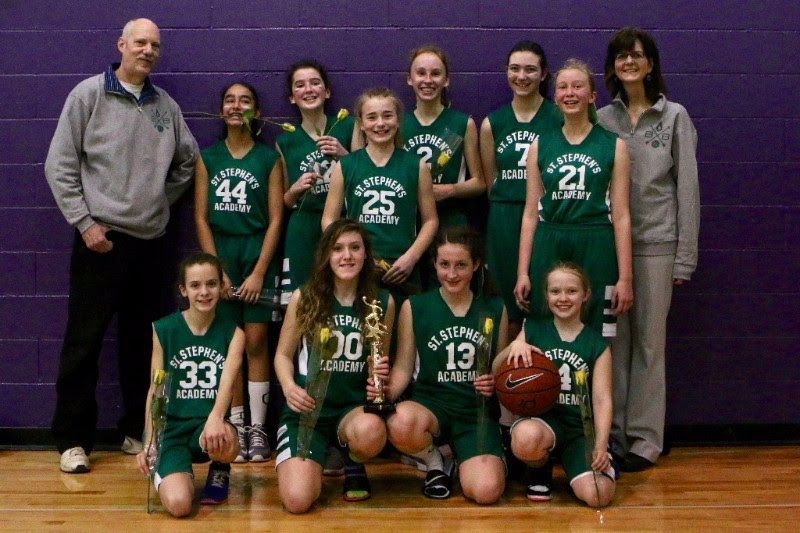 Now that we find ourselves at the end of basketball season, ​i​t only seems fitting to pause and recognize the tremendous achievements of our teams over the past few months.

Congratulations to Coach Cheney and the MS girls for coming in second place in​ the​ Metro Christian League West Championship!

Good work MS boys basketball for making it to the Metro Christian League semi-finals in only their second season and finishing 7-7. Coach Ratten and his young men were a different team at the end of the year. We are very proud.

Coach Boden and her HS girls basketball team won the Valley 10 Team Sportsmanship Award. Well done! The award was voted on by the teams in our league.  The girls represented Christ with honor and grit.

A shout out to Coach Storm and the HS boys who concluded the season as St. Stephen’s very first HS boys​ team in our school’s history!  They played the whole season with only seven players and never quit.

And lastly, congratulations to our Ground Beef award recipients: Emmie Hamilton, Daniel Maharjan, Hannah Hamilton and Isaiah Ross.  You took punishing blow after blow and kept coming back for more.  Thank you for your exemplary dedication and heart.

Most importantly, a big THANK YOU to all the family and friends who showed us support by attending and cheering at the games, driving to practices and wearing green.  You made this an awesome season. “It’s great to be alive!”